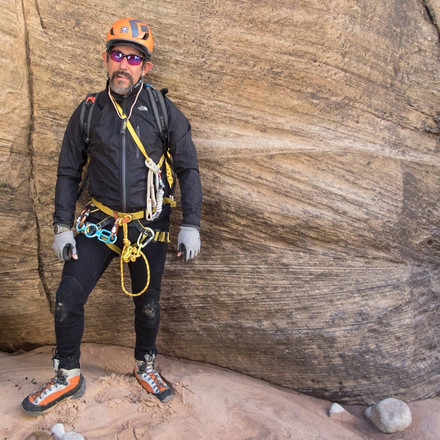 Adolfo Isassi is a freelance photographer based in Utah.
When he is not traveling around the world collecting images, he concentrates on capturing the majestic beauty of the American Southwest.

2010 Selected as the juror for:
2010 6th Annual Naturescapes Photography Contest and Exhibition

Photography can be used to capture reality, express ideas, or stand on its own as a self reference.
As an artist I am attracted to these three aspects of the medium.
Each one of my images is a combination of these three attractions.
My love for this triad is expressed in lines, volumes, tones, and colors balanced in carefully composed arrangements: A visual language that I use to express my passion for nature, art, and photography.
--Adolfo Isassi


Some convergent quotes with the development of my photography.

Esthetics as a parlor affectation is ludicrous and sometimes a little obscene; as a way of life, it sometime attains dignity.
--John Nichols in "Everett Ruess, A Vagabond for Beauty"

If art is about the self, the widely accepted corollary is that art making is about self-expression. And it is -- but is not necessarily all it is. It may only be a passing feature of our times that validating the sense of who-you-are is held up as the major source of the need to make art. What gets lost in that interpretation is an older sense that art is something you do -for- the world. The need to make art may not stem solely from the need to express who you are (or what you think), but from a need to complete a relationship with something outside yourself. As a maker of art you are a custodian of issues larger than the self.
--David Bayles & Ted Orland (Art & Fear)

Art is not an imitation of nature, but its metaphysical supplement, raised up beside it in order to overcome it.
-- Friedrich Wilhelm Nietzsche

Art does not reproduce the visible; rather, it makes visible.
--Paul Klee, Creative Credo, 1920

A truism from the experience of many landscape photographers: One does not for long wrestle with the view camera in the wind and heat and cold just to illustrate a philosophy. The thing that keeps you scrambling over the rocks. risking snakes, and swatting at the flies is the view. It is only your enjoyment of and commitment to what you see, not to what you rationally understand, that balances the otherwise absurd investment of labor.
--Robert Adams

What is the purpose of Art?
To carve from time an emotional aperture that can not be reduced to animal logic.
What does Art do for us?
It gives shape to our emotions, makes them visible and, in so doing, places as seal of eternity upon them, a seal representing all those works that, by means of a particular form, have incarnated the universal nature of human emotions.
-- Muriel Barbery

Only with effort can the camera be forced to lie: basically it is an honest medium: so the photographer is much more
likely to approach nature in a spirit of inquiry, of communion, instead of with the saucy swagger of self-dubbed "artists."
And contemporary vision, the new life, is based on honest approach to all problems, be they morals or art. False fronts to buildings, false standards in morals, subterfuges and mummery of all kinds, must be, will be
scrapped.
--Edward Weston

Between two fantasy alternatives, that Holbein the Younger had lived long enough to have painted Shakespeare or that a prototype of the camera had been invented early enough to have photographed him, most Bardolators would choose the photograph. This is not just because it would presumably show what Shakespeare really looked like, for even if the hypothetical photograph were faded, barely legible, a brownish shadow, we would probably still prefer it to another glorious Holbein. Having a photo-graph of Shakespeare would be like having a nail from the True Cross.
--Susan Sontag

The freezing of time --- the insolent, poignant statis of each photograph-has produced new and more inclusive canons of beauty. But the truths that can be rendered in a dissociated moment, however significant or decisive, have a very narrow relation to the needs of understanding. Contrary to what is suggested by the humanist claims made for photography, the camera's ability to transform reality into something beautiful derives from its relative weakness as a means of conveying truth. The reason that humanism has become the reigning ideology of ambitious professional photographers-displacing formalist justifications of their quest for beauty-is that it masks the confusions about truth and beauty underlying the photographic enterprise.
--Susan Sontag

--The Way Of The Samurai