Story Behind the Photo: The Subway 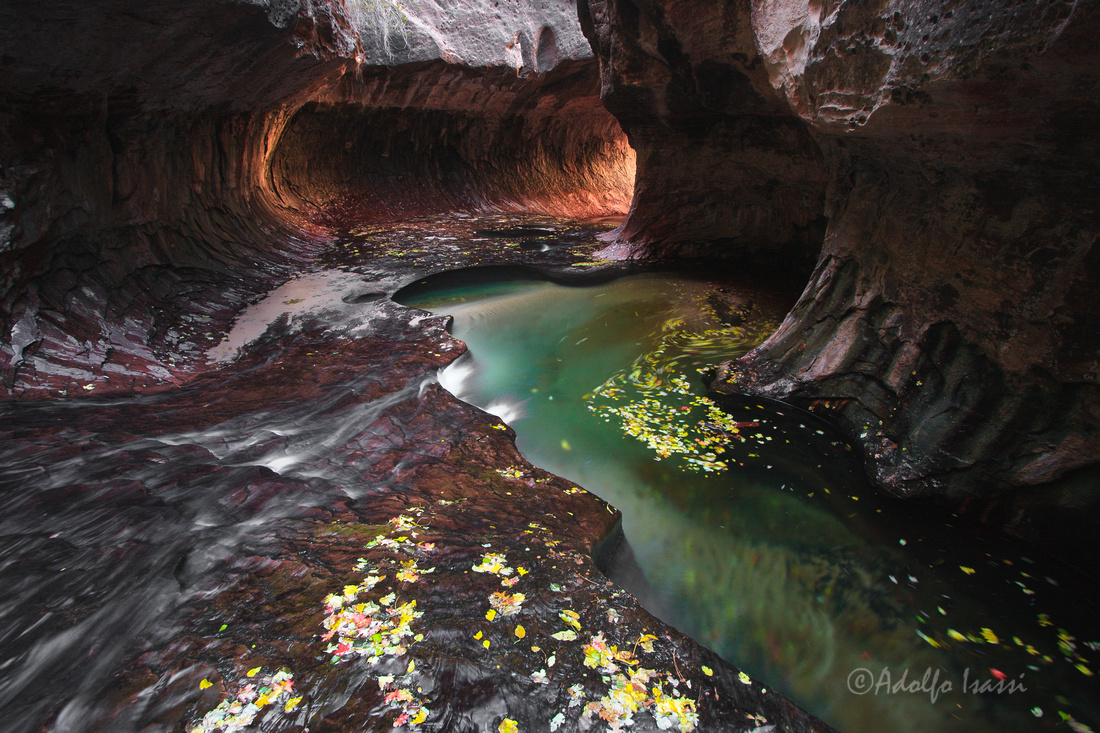 The "Subway", that famous route in the north-west side of Zion National Park. As I watch the selection of Subway photos for this collection, I am not sure on what to make the focus of this blog entry. The beauty of the place? How it has become bureaucratically harder to access this place? How photography has been contributing to love and destroy gems like this.

This is an incredibly beautiful place. The entire route is beautiful, but at its middle point, there is about a half a mile of stunning water bored passages that ignite our Victorian fascination with "odd" rock formations. I was lucky enough to be able to do my first hike of this route in 2010, when there was no rigmarole lottery system to obtain a permit to access this place. I hiked the route two times in two weeks, and both times, all I did was walk to the backcountry permit desk and get a permit. Not even a waiting line. I do realize that the new and increasingly restricting permit system is probably a good thing. Otherwise the crowds will just destroy the place.

Talking about crowds...it does not take much people to crowd a place like this. In my two forays to photograph this place, I encountered small number of  photographers hogging the best spots for....hours! This is, in part, the reason I had to come back a second time, with this in mind, to get the shots that I wanted. In essence, the first hike ended being a scouting trip for best time of the day for light, and getting there early enough to stake a spot. 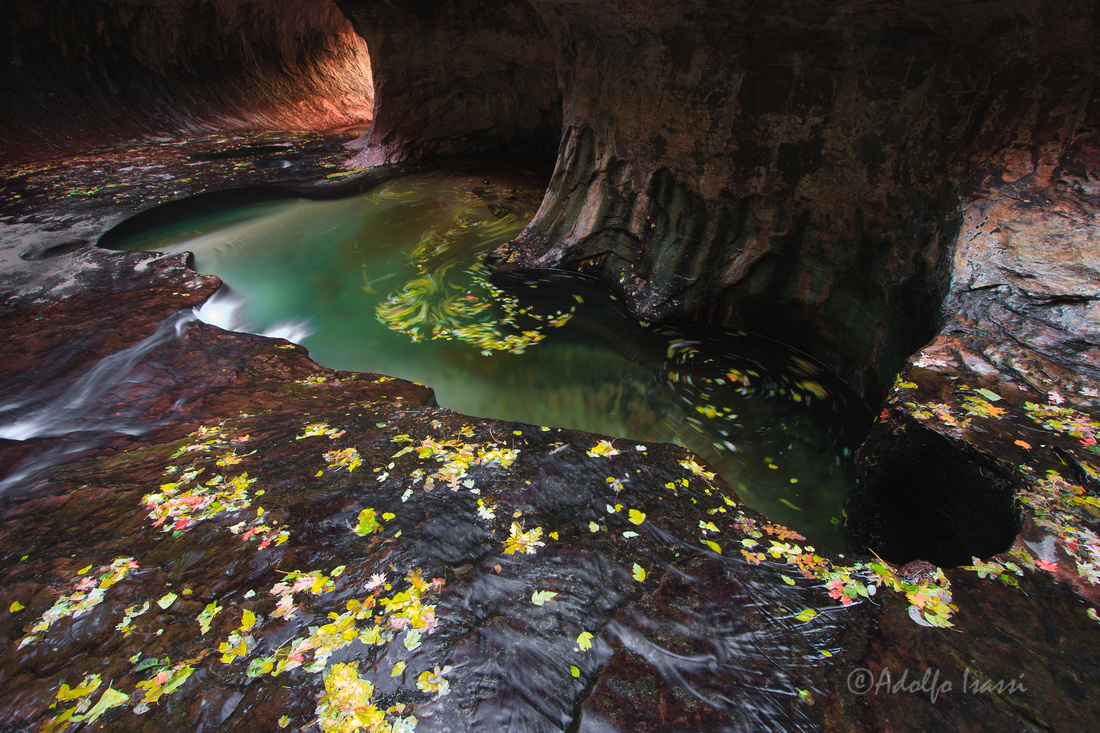 I chose a late month in the year with the hope of getting some foliage color in the mix. Early November turned to be the ticket. At this time of the year, the hours between 11AM and 1PM were the best to catch the bounced light on the tunnel like walls of the Subway. There is a narrow ledge that offers the best POV for these shots. The ledge probably accommodates 7 to 10 photographers, depending on how much people are willing to invade each other's space. If you get there late, say 9, 10 am all the spots are taken. The second day, I started my hike early still in the dark, and I got there when only one other photographer was already staked on the 'optimal' spot.

Later on post-production, I realized that the first day, when I was 'late', the situation forced me to get-creative with compositions and points of view. Another unexpected positive experience, was that with the shoulder-to-shoulder long wait, I made a couple of photography buddies, and learned some tricks. The guy next to my left was shooting with a large format camera. It was a learning experience watching him operate his rig. Another photographer came equipped with a dry-suit to submerge himself neck deep in water and take water surface level shots. 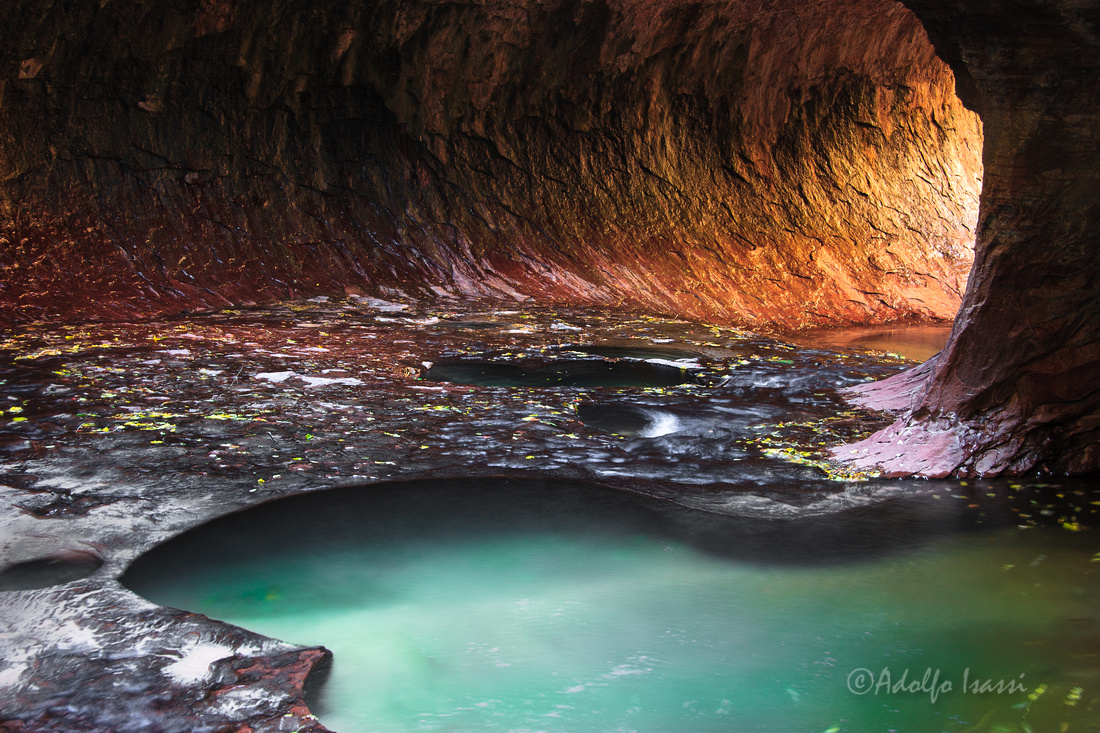 Subway No 85Copyright: Adolfo Isassi (IMG_3585) This is my interpretation of The Subway

The low light in this tunnel like chamber, results in low shutter speeds. This produces beautiful water blurs easily, without the need for Neutral Density filters. A visual bonus results when yellow leaves falling from the trees atop the canyon travel on the water current and produce interesting yellow streaks. It was interesting to witness photographers farming leaves form outside the tunnel to contrive this effect.

After 2010, I came back a couple of times. These times from the 'top' of the route. This part of the route gives you access to a couple of places that are famous and staple icons of American Southwest photography. 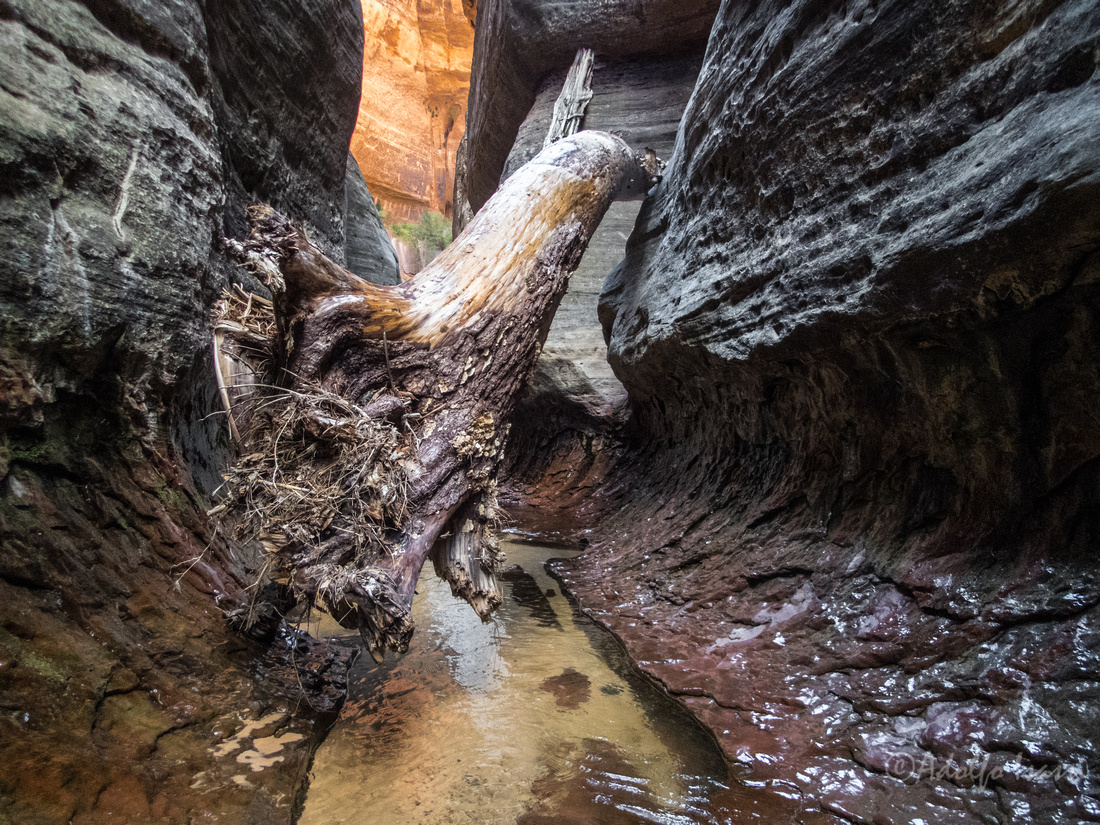 The ever changing conditions of nature 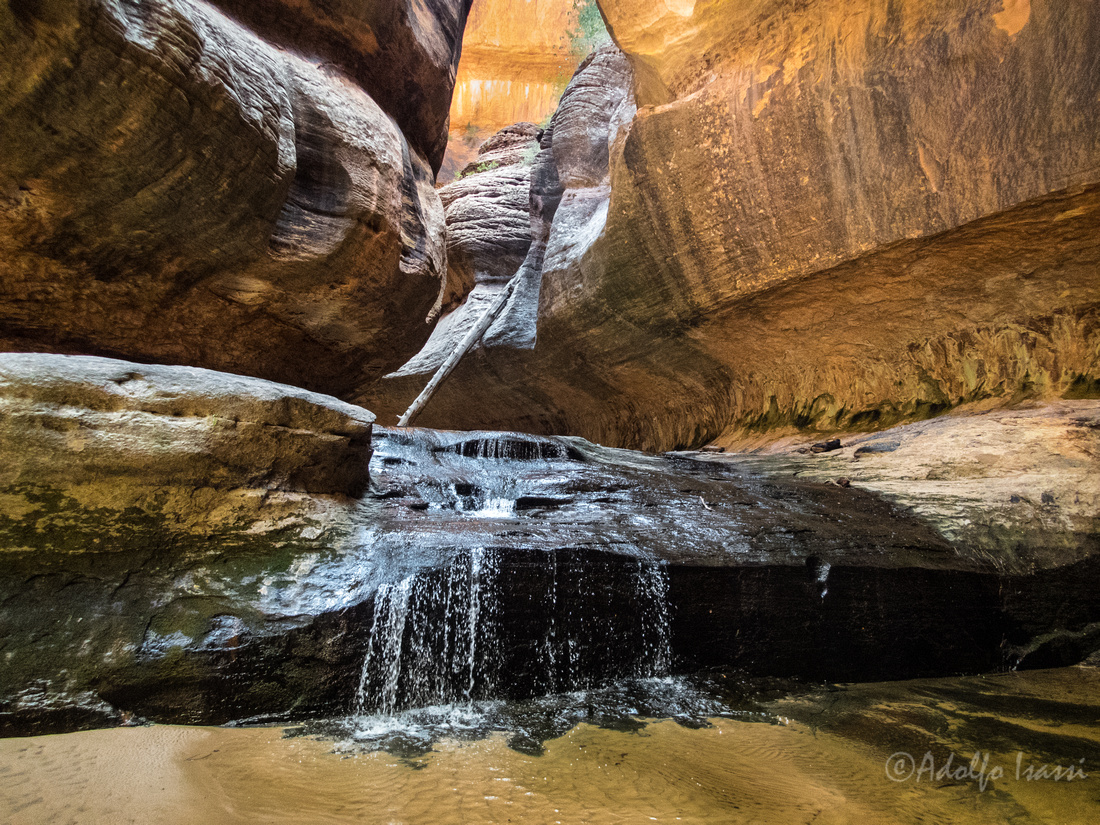 North Pole No 97The North Pole at the Subway in Zion National Park Utah. 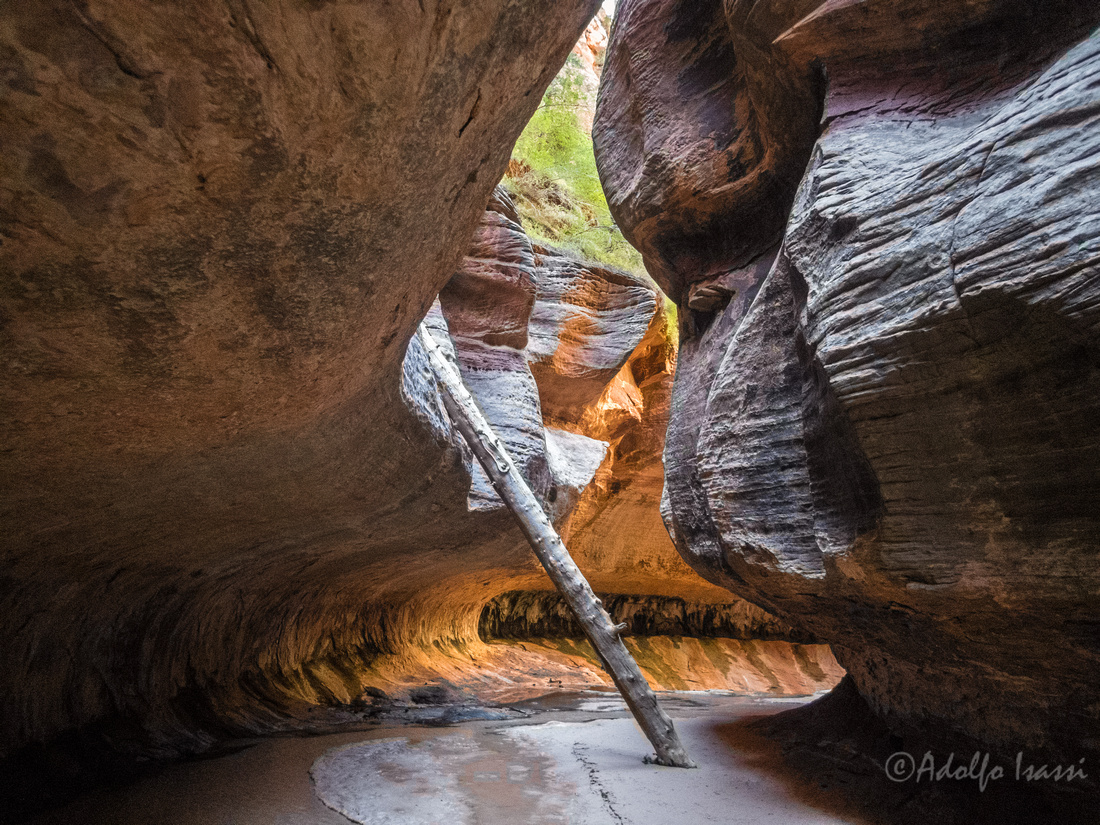